When Michelle Earle, Head of Client Solutions, was a young child growing up in the suburbs of Rhode Island, you could find her playing school with her dolls. More than anything, Michelle wanted to be a teacher when she grew up. “School was my jam,” confessed Michelle.

The daughter of a single mom working three jobs to make ends meet, Michelle internalized her mom’s mantra of “work first, then play.” Homework always came first.  But since doing well in school came a bit easy to her, she had lots of time to play.  As a latch-key kid starting in third grade, Michelle could be found riding her bike all around her small town, and stopping at a friend’s house to play or going to the corner store for some candy.  But always home in time to put shake ‘n bake chicken in the oven for when mom got home.

When Michelle was eight years old, she began ballet. By 14, her vocational aspirations had shifted and Michelle wanted to pursue a career as a dancer. Michelle attended summer intensives at elite ballet companies across the East Coast including The Rock School of Pennsylvania Ballet, American Ballet Theater in NYC, and Kirov Academy in Washington DC.

The summer after her freshman year of high school, while at the summer intensive in DC, Michelle decided she wanted to find an art school where she could really focus on ballet and not return to her public school. In her sophomore year, with her mother’s and older brother, Paul’s, full support, Michelle began the arduous process of auditioning for different schools.

Artistically talented and academically driven, Michelle worked to find her footing. The hardest part of transitioning to an art school was the drawback of giving up academics. Thankfully, Michelle found St. Paul’s School in Concord, New Hampshire, where she wouldn’t have to choose between arts or academia.

“When we found St. Paul’s, we had a tight timeline to apply, get financial aid, and make a decision. It felt like the stars had aligned when I not only got in, but also received enough aid to attend,” says Michelle.

Attending St. Paul’s was a dive into the unknown. At 16 years old, Michelle moved away from her mom for the first time and into boarding school.

“I look back on it now and wonder, how did my mom survive that? I’m not sure I could do that with my son now,” Michelle says. “She was an incredible mom, and sacrificed so much to give me opportunities she never had.”

As an introvert, Michelle experienced difficulty coming into a new school in her junior year, particularly the whole new world of St. Paul’s. Growing up middle class, St. Paul’s proved to be a massive culture shock. Family names in attendance comprised some of the wealthiest families in America and some of the most brilliant minds.

In a very Lorelei Gilmore move, Michelle’s mom and brother regularly drove up to St. Paul’s to encourage her and remind her she deserved to be there. And of course, to see her ballet performances - they never missed one.

When it came time to start applying for college, Michelle began auditioning for prestigious programs, including Julliard. And in that time, something changed.

“You have to put yourself out there when you audition. I was realizing through dance and auditions that my body would be my livelihood. That concept scared me, as I knew I wasn’t good at taking care of my body.”

Her rejection from Julliard coupled with a back injury awakened her to the possibility that dance was not her vocational future. Michelle applied to 13 colleges and was accepted to most but ultimately decided to attend MIT. With a substantial scholarship, the urban sprawl, and its focus on STEM, MIT was a clear winner. But the magic of MIT wasn’t just in the numbers of the scholarship or the math she would find herself solving.

“I attended MIT’s campus preview weekend and you get assigned a dorm for a weekend. I was put in East Campus, which I know now is the more artsy crowd. One unsanctioned activity was Coffee Mate fireballs - where one person stands at the bottom of the 4-story stairwell with a blowtorch and one person is at the top with a can of Coffee Mate. The person at the top poured the Coffee Mate down the center of the stairwell, resulting in a giant fireball. It was an incredible sight, and such a great testament to the chances people were willing to take. Everyone I interacted with was comfortable in their own skin and pushing boundaries, which was everything I was looking for.”

The idea of finding out who she was and having the ability to just be herself was enough to solidify the decision.

The Pull of Family

After she finished her bachelor’s degree in Brain and Cognitive Sciences, Michelle decided to get her Ph.D. She initially attended UC Berkeley for her Ph.D. in Neuroscience. Being 3,000 miles away from home for the first time, Michelle really felt the distance from her family and felt like she was missing important life events. With her grandmother’s health declining, and the distance from family proving to be too much to handle, Michelle moved back to Boston, and enrolled again at MIT, where she completed her Ph.D. in 2009.

Now knowing she would settle in New England for good surrounded by her small family and having discovered through her grad program that academia wasn’t the right career fit, Michelle explored the business world after school. She worked first as a programmer and analyst and then as a strategy consultant. Although she was the only woman in her first two companies, she loved the work - the fast pace, having to think on your feet, solve big problems, and then convince others to act on the solution.

It was during this time that Michelle married and had her amazing son, Cameron. Leaving Cam to head to work everyday was tough at first - there were many moments sitting alone in the car after daycare drop off shedding some tears before heading to work.  But Michelle knew that to be the best mom she could, she needed to be intellectually stimulated - and work gave her that outlet.

“I loved solving problems and finding new ways of doing things,” Michelle says. “But in consulting, you’re telling people what to do and then you have to walk away. So the doer in me was not satisfied. That’s why I jumped into the tech startup world - and I’ve never looked back.”

While her journey both personally and professionally hasn’t been a straight path, she’s learned a lot along the way and is now “right where she’s supposed to be.” After a tough divorce, she met the love of her life and best friend, Todd, and is now happily married. And after a series of roles at startups that weren’t quite the right fit, Michelle has landed at Posh.

Michelle wanted to join a startup where she would have a full seat at the leadership table, be given autonomy to build the Client Solutions function, and where she could truly be a guide and mentor to others. She knew from talking to co-founders Matt and Karan that they are brilliant, humble, incredible listeners, and they truly care about learning from and collaborating with others.

“I knew I could make an impact at Posh. I wake up each day excited to work with our client partners and help build this amazing team and company.  I’m motivated by helping people (that’s why I wanted to be a teacher when I was little!), which is why I love the credit union and community bank market so much. It’s not cutthroat; it’s collaborative and collegial. I’ve done a lot of self-exploration in my life to figure out who I am, and I’ve landed exactly where I’m supposed to be: here at Posh, helping to provide quality products to a market that can truly benefit from their value and the partnership we provide.” 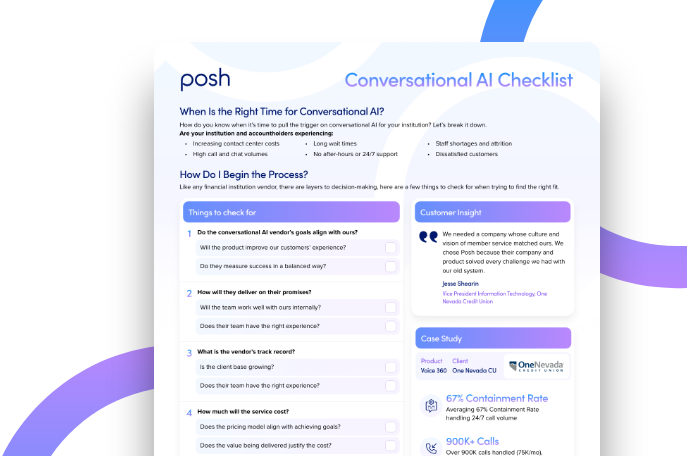 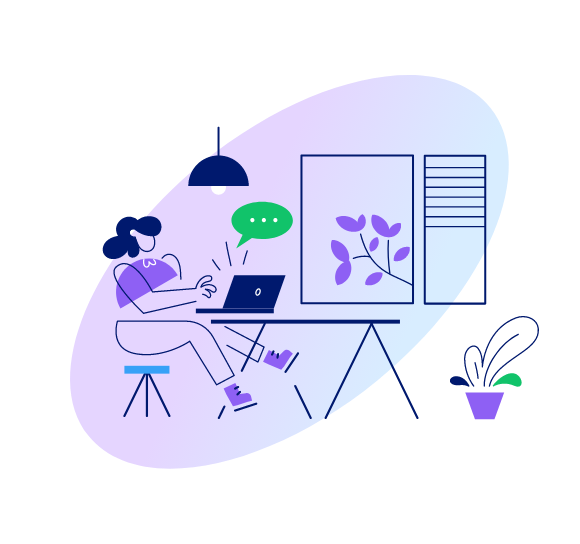